I spent the weekend from Friday after work until Sunday night doing cheer stuff.
On Friday I was a judge runner for two hours. That involved running up and down the bleachers, over to the safety table, then downstairs with score sheets approximately 40 times. I discovered that my knee is crap and desperately needed an Advil.
I was back at competition by 8:30 on Saturday morning where I was judge runner again until 2:30.
That's a lot of stairs, people.
Thankfully I brought Advil and took it regularly so my knee didn't bother me a bit!
However, I discovered two more things on this fine day.
I forgot to put on deodorant Saturday morning. I always have some in my van, so after the first session was over, I ran straight out to get it!! It was cool out, so as I was walking outside, I put my arms up, pretending to play with my hair of course, so that I could air out a bit.
Next i discovered that all the people in the stands would probably have preferred it if I had worn my sports bra.
'Nuff said.
Once 3:30 hit, I got to be a spectator until 9:00.
Now today, I slept in, picked up dog crap, went grocery shopping, did a load or two of laundry then chaired a bingo. 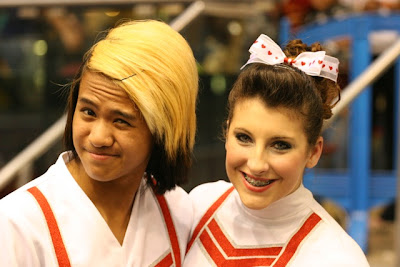 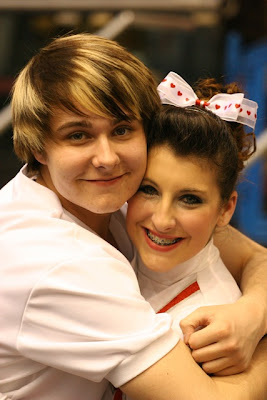 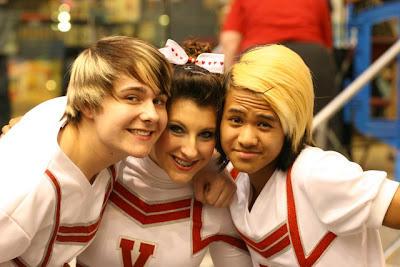 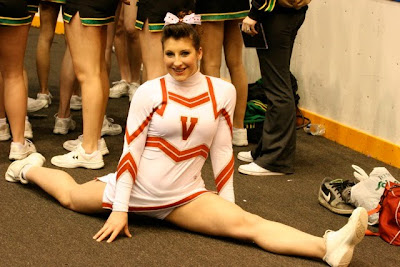 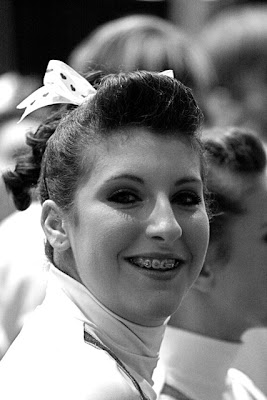 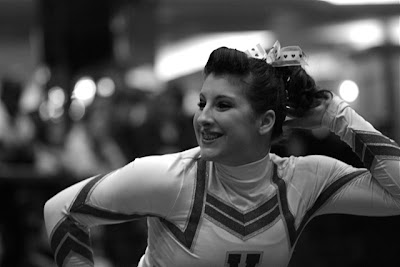 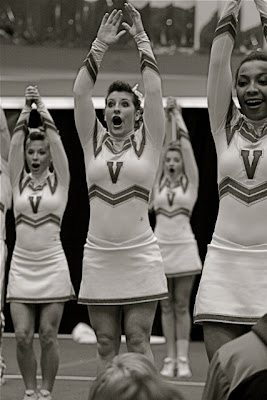 What does that spell? 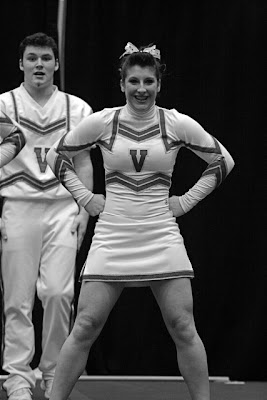 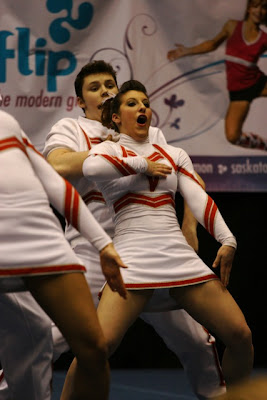 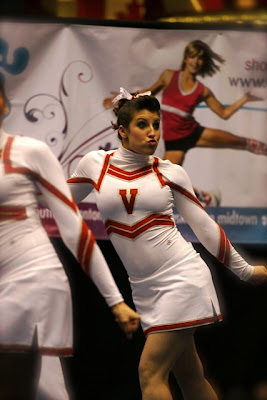 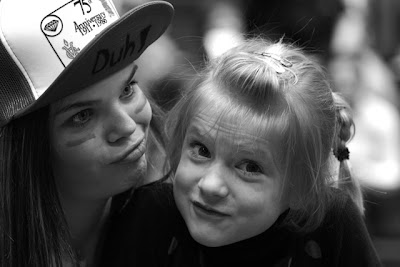 Over!
For the first time EVER I am saying that I am happy to see Monday come! Now I get to slow down a little bit.
Yay me!
Posted by Rhonda at 3:52 PM

Thank God my son has no social life...not really, I wish he had one, too - so I could be worn out come Sunday night, and wish I had worn deodorant Saturday morning.

Enjoy the slower pace this week!

you caught an interesting expression in that picture just above the word "It's". good catch.
I enjoyed that story. You should add Advil to your stash of deodorant.

Yay! That's my cheer. I think I need an Advil.

All that, and I hear they won first place again. Vic cheer squads ROCK! It sounds like a great weekend, but I'm relieved for you that it's now history! Are you wearing deodorant today? Just wondering...

Oh I know the feeling! Monday´s can be so welcome sometimes!

I would have been happy to see Monday come around too. That's ONE busy weekend. Great photos!