I Was One Of Those People Today! 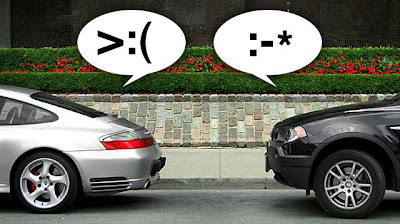 One of THOSE people who will change lanes and get back over just in time to get to the next red light just seconds ahead of everyone else.
You know.
THOSE people.
Some people think they are ignorant. I do too when I'm obeying all the rules.
Today, though?
I just think we're smarter than the rest.
And was I okay with being one of THOSE people today?
Yup. I sure was!
:-)
Posted by Rhonda at 7:08 PM

I am one of those old ladies who get in the left lane and go the speed limit...no drama. It drives me crazy...crazy to watch crazy people cut each other off to get a foot ahead of each other!
Sorry...I had to rant!

Rhonda, Rhonda...tsk,tsk,tsk. I'm very disappointed in you! That's all I have to say on that...Kristina