As I mentioned last time, we took the kids to the Kenny Chesney / Taylor Swift concert.

The show started with some great young Canadian artists, JD Bigsby and ummm ... someone else. Jake Owens I think.

First let me set the stage for you.

It was a huge performance in our football stadium. Someone said there were about 30,000 people there. I lost count at 18, so I can't say that for sure.

We had seats that were way, way, way up high. The sound wasn't very good up there. Eventually we moved down into the bowl more, where the sound kicked butt, but for now, we just nodded our heads and pretended to listen.

Taylor Swift was one that my girls had really wanted to see. She is beautiful and talented. But weird. More than a little. She was very confident and charming. It was really cute when she controlled the audience volume with her hands raised and lowered. Her shiny little dresses gave the up-close audience more of a show than they were bargaining for.

And her dancing. Oh. My. Stars. It was the funniest darned thing I have seen in a while. Dancing is what my daughter called it (more specifically, said that "this" is the reason she doesn't dance in her music videos!). I call it more a love affair with her hair.

She would stand there, during a ballad even, and just start throwing her head side to side. I think she liked how soft it felt hitting her in the eye.

She would throw it back and forth. I think she liked how nice it felt when it carressed her bottom. 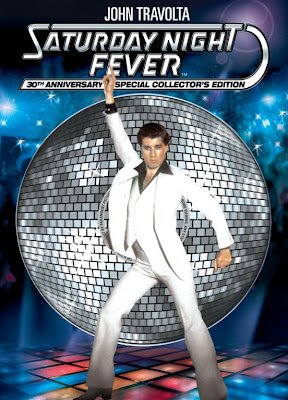 only instead of having her hand down, it would be up and tangled in her hair, all sexy like. (Not that this pose wasn't incredibly sexy when Johnny did it .... cough cough, choke, giggle.)

Then, to REALLY get me rolling in my seat, she not only had a love affair with her hair, she had one with her piano. Funniest. Thing. Ever.

She was singing something along the lines of "Round and Round" or something like that, so she kept swinging around and around at the waist with her butt planted. Then she would lean baaaaaack as far as she could, then slam back up again. I was quite certain she was going to knock herself out! Then while there was an instrumental segment, she lay her head on the piano with her arms stretched out. And then just stayed there. Then afterward she ended the song/performance by slumping right down so that we all thought she was going to fall off the bench, little shiny panties over tea kettle.

There was one point where her and her female band member were banging away on some garbage cans. I don't want to spoil this for you in case you one day see her (she will be headlining her own tour soon!), but, seriously, I had to cover my eyes and turn away.

Now rewind to where I said the sound was bad.

EVERYONE could hear me laughing.

Gee, now I'm gonna have to visit Youtube for the hair affair...I may want to emulate that...ya never know.

I know I´m out of it, but this one I had to google first, before I knew who T.S. was.... :) Watching her on youtube now, she´s swinging her hair back and forth just like you described, it´s hilarious!

Thanks for the laugh!

Holy cow. Gord has pictures on FB of Taylor and all her hair-swinging. I thought it was a bit much. But would have loved the great laugh! "Little shiny panties over teakettle." I love it.