15 years ago today, I was scared out of my mind.
I spent two months on and off on bed rest for intermittent high blood pressure.
I spent March 18 in the hospital all day getting gelled because they wanted this wee babe out.
Before I left the hospital that night, the nurse reached up through the old hoo-haw, I think, tried to remove my tonsils.  Holy mother of God, that hurt!
We got home at 9:00 p.m. and started to watch X-Files, when suddenly my water broke.
I flew out of the room. Grabbed some new clothes and returned to tell Leon we'd have to go back to the hospital. "I think my water broke, but don't tell anyone, just in case it turns out I actually peed my pants!!"
So off we went, where they let me lay there all night waiting for the next morning.
I was high on Demerol. They thought it would help me sleep.
Not a wink, unfortunately.  I was up phoning people at two and three in the mornig because I was bored.
That's what good friends do.
They induced me almost exactly 15 years ago as I type this, and 13 1/2 hours later, Miss Asia was born.
Looking really freaky, I must add.
She was blue.
Her head was so pointy it could have been used as a weapon.
Her nose was squished into her face.
They laid her on my tummy and my first thought was "Oh, this is supposed to be a beautiful moment.  This is so not a beautiful moment." Followed by, "What is it?" And I don't mean gender.  I meant, really, WTF??? lol
Within an hour, though, she was the most beautiful, petite wee thing I had ever laid eyes on. 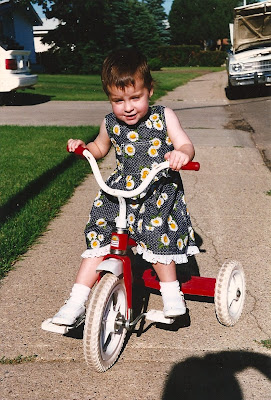 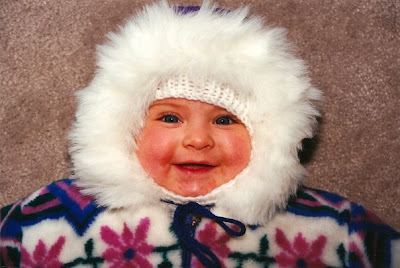 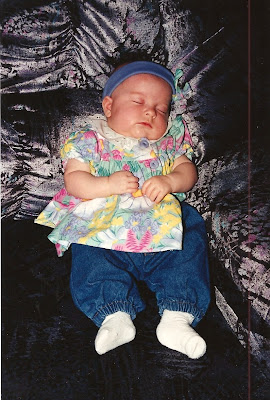 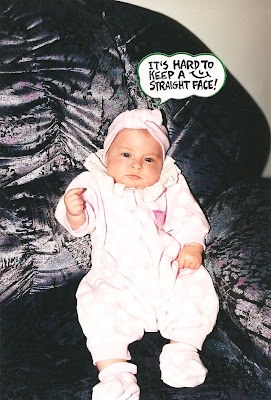 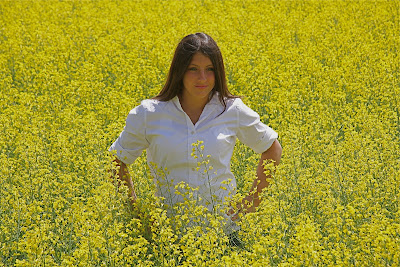 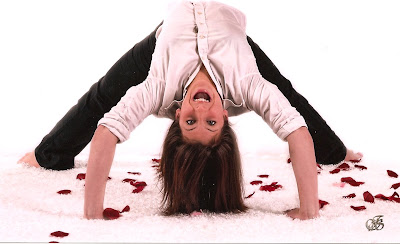 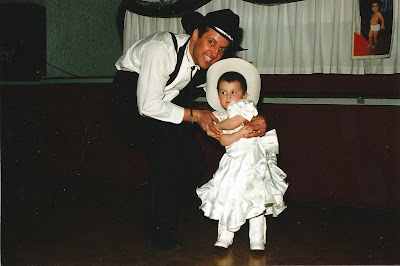 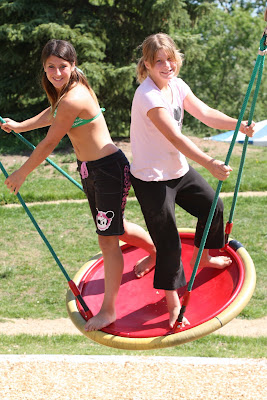 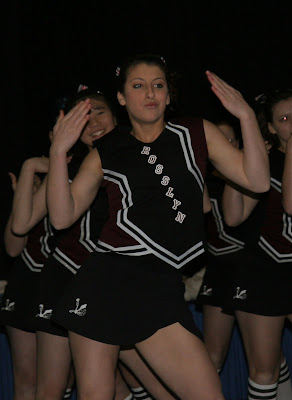 Oh how well I remember the day. Like your brother walking into the labour room - too funny! And me sitting in the room down the hall crocheting to beat the band. Then meeting that phenomenal baby girl. Oh sweet sweet memory!! Happy Birthday to one of my favourite people on the planet!!

Honestly, looking back at that pic of Asia on the tricycle, it truly seems like yesterday she was reaching for those pedals. Grinning like mad and trying to get that pedal action going in sync. The years have just vaporized around us.

She is so sweet and has grown into an awesome looking young lady! Happy Birthday Asia! You are blessed with a great mom!

Loved your birth story. So real! :)

Happy Birthday...she is a beautiful girl!

I hope she had a great birthday!