So, here we are again welcoming another delightful Friday.  I hope yours is as beautiful as ours promises to be!  Now on with the show:
I have been informed that I have gotten a little too serious lately. Too sad. Maybe too melodramatic.  I have to tell you, though, that while yesterday definitely had some negatives, I had a hoot writing it and actually thought it was quite funny.  The internet is not ALL good, so then neither was my poem.
So today I am bringing you some of the fun that I truly like to write about.
My life.  And Leon's misfortune. 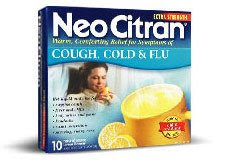 What we have here are medications that you should not combine within a 30 minute window. Another good rule to follow is to only allow one person to do the medicating!  Let me explain.
Leon was very sick with a head/chest cold not long after we had our Olivia.  Let's all remember this whole 'just had a baby' thing as we read through this okay? I'm not all bad. Not really.
So, I'm doing the usual broken sleep/feeding baby, and managing quite well. Adrenaline takes us through what needs to be done. For baby. Not for anyone else.
Leon was coughing all night, so when I got up with Liv in the middle of the night, I made him some Neocitran and grabbed some Tylenol cold tabs on my way back to bed. (Actually, let's take this opportunity to point out that the bedrooms were upstairs and I had to make a special trip downstairs to get this for him.)
I nudged Leon and told him to take some medicine.  He told me that he just took something. I didn't hear him get up, so for all I know, he could be talking about before he went to bed. I'm not TRYING to kill him. Seriously! He had no life insurance at the time. He was of much better use to me alive.
So I convinced him that it's okay. Take the drugs and boot this thing out of his system, right? Hmmmm.  And, being all proud of the wonderful wife that I am, I then fell fast asleep.
I was awakened by a thump. I slide my hand over, and Leon is no longer in bed. So I haul myself up YET AGAIN, to now check on my husband, who is fast asleep on the floor.
This is where the internal struggle began.
Do I just leave him there? He truly looked so peaceful. Sort of like when he passed out when we were having Cassie, only then, I truly thought he was dead. He's such a spotlight stealer.
I digress.
I proceeded to nudge him with my toe. He will tell you that I kicked him, but he was unconscious, so really, what does he know?  I NUDGED him again, and said "Hey, you loser, get back into bed!"
Leon groaned.
I nudged him again and told him to get his butt back into bed.
So he hauled himself up onto his knees and laid his head on the bed. Still groaning. Now he's saying, "Something's wrong. I feel funny. Something's wrong."
I went back to bed. But, to my credit, I did ask him if he wanted me to take him to the hospital.
Silence.
Then, "I feel funny. Something's wrong."
"Well, wake me up if you want me to take you. Snore."
I know. You're all judging me right now. But, seriously, what man isn't a wuss when he's sick? I think we, as women, are generally out of sympathy by around the second head cold of any relationship. We learn fast. That is where my thought process was taking me. Oh, for the love of all that is holy, suck it up.
Little did I know at the time, that poor Leon, who has had two alcoholic beverages IN HIS ENTIRE LIFE, and no drugs to speak of at all, was high. And a little drunk on Neocitran and cough syrup.  He was probably having trouble functioning at that point, but I was fast asleep, so I can't tell you for sure.
We discovered in the morning that he had, in fact, gotten out of bed while I was with Olivia, and took some medicine. So he was triple dosed.
When he fell out of bed, he had actually sat up, and then fell out of bed head-first (which paves the way for MANY comments, and I welcome every one of them) which explained why his head was at the foot of the bed, on the floor.
And me without my video camera.
Thanks for coming!  Now head on over to Candid Carrie for more!!!
Posted by Rhonda at 4:00 AM

Oh my God!! Head first!! That's why he felt funny. He probably had a concussion!! Wow!

so does he feel better this morning?Did u knock the cold out?
Happy Phryday!

Straight to Your Hart said...

OMGosh...video would have been quite entertaining! When I am tired I don't function very well either..so I totally feel for the whole situation because in my own dizzy night fogs I have done the same things..not only to him but myself lol!!

The same thing happened in my family...only I was the victim and The hubby was the perp!
I told him I couldn't take cold medicine as I really easily over medicate...so he nagged and nagged...I finally just relented and just took it! He thought I was in a coma! I was literally knocked out! I woke up 22 hours later! I can't take cold medicine and if I do it's only a half a dose!
I am glad Leon didn't die!

Oh my! Too bad about the video. I hope he's feeling better!

Okay, because I know my beloved son-in-law survived and is none the worse for the wear, I have to tell you that this is just side-splitting funny. I laugh till I cry. Just watch out. One day he may decide to get even. But oh my...to Ronda's Rants, I'd sometimes like to pass out for 22 hours. On some level, that must have been delightful. :-)

Oh my! I laughing so hard I am crying! So funny! I am glad he survived!

Oh my! For real - this was a very funny story!

Men are the biggest wussies of all when it comes to any kind of illness, so I'd have been snoring, too.

I can almost envision the fall to the floor & I cringe at the thought! It reminds me of a cops videos where the dude puts a hole in the drywall falling off of a chair! Seriously - hilarity at it's finest!

Glad he was okay! Great story!

Too funny!! Thanks for the laugh this Friday!!

Now I know it is wrong to be laughing right now because you could of killed him! But he is alive so it is funny as hell. thanks for sharing -- Much Love

Oh, poor, poor Leon. Must have been quite a trip. I can't believe he fell out of bed head first. I'm sorry for his misfortune, but the story made my day. :)

I've mixed a couple of things that I didn't know I wasn't supposed to while trying to find the "magic fix" for insomnia. Only I'm allowed to tell on me - Steve and the kids can't - but Brie said she watched me slide off he bed and hope up a beat later like nothing happened. I don't remember.

ohh... that was so funny, thank goodness your husband is ok!!!!

That makes you laugh and cringe at the sme time. Poor man, but it is funny!! :-)

OMGOSH! Is it totally wrong that I am laughing so hard I am choking?!? LMAO!

OK everyone that commented and Rhonda, this cold season we will sleep with the video camera's next to the beds K?

I would never stop laughing if hubby fell out of bed ;)

You Rock! Do ya wanna see how I Rock? Join in the fun!

What a funny story!!! Men do tend to over react their sicknesses!! I know mine does!!