Pay It Forward Contest Prizes Are NOT On Their Way!

A couple of Pay It Forward Prizes are not on their way! If, for any reason, you need to return these, have a fabulous return policy! Also, I haven't read these yet, so would LOVE to hear a review!
My apologies guys!  I ordered two of the books from Better World Books, and the plan was to ship them directly to you.  This company has got to be the most f**ked company!  Once I make sure everything is ironed out with this company (ie. the books have been returned and likewise the money) I will find a new company to order through!  Please check out my post on Monday for the details of this ordeal, and very possibly my new cuss-o-meter, which I will likely overheat to the point of combustion.  Doesn't that sound like fun??? I'm glad.  Because I CERTAINLY need to get it off my chest!!!  I'm struggling with my warm and fuzzy pay it forward feelings right now.  But, no worries, I'm sure it will pass, and I will be thrilled once you get your gifts and gush over how totally awesome they were!  lol

The Shack is for Ronda!! 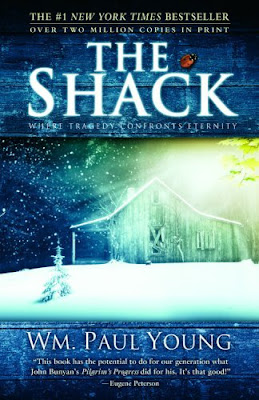 Mackenzie Allen Philips' youngest daughter, Missy, has been abducted during a family vacation and evidence that she may have been brutally murdered is found in an abandoned shack deep in the Oregon wilderness. Four years later in the midst of his Great Sadness, Mack receives a suspicious note, apparently from God, inviting him back to that shack for a weekend. Against his better judgment he arrives at the shack on a wintry afternoon and walks back into his darkest nightmare. What he finds there will change Mack's world forever. In a world where religion seems to grow increasingly irrelevant "The Shack" wrestles with the timeless question, "Where is God in a world so filled with unspeakable pain?" The answers Mack gets will astound you and perhaps transform you as much as it did him. You'll want everyone you know to read this book!

Same Kind Of Different As Me is for  Melissa 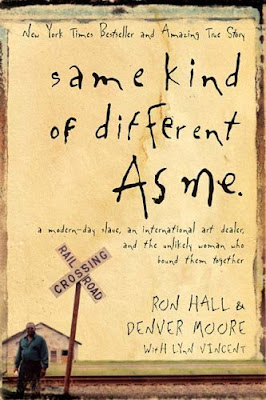 A dangerous, homeless drifter who grew up picking cotton in virtual slavery.

An upscale art dealer accustomed to the world of Armani and Chanel.

A gutsy woman with a stubborn dream.

A story so incredible no novelist would dare dream it.

It begins outside a burning plantation hut in Louisiana . . . and an East Texas honky-tonk . . . and, without a doubt, in the heart of God. It unfolds in a Hollywood hacienda . . . an upscale New York gallery . . . a downtown dumpster . . . a Texas ranch.

Gritty with pain and betrayal and brutality, this true story also shines with an unexpected, life-changing love.

Redeeming Love is for The Nice One 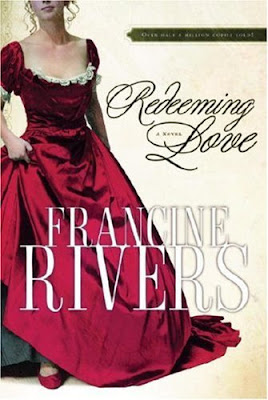 I have read this one and it remains my ALL -TIME favorite book!

California’s gold country, 1850. A time when men sold their souls for a bag of gold and women sold their bodies for a place to sleep.

Angel expects nothing from men but betrayal. Sold into prostitution as a child, she survives by keeping her hatred alive. And what she hates most are the men who use her, leaving her empty and dead inside.

Then she meets Michael Hosea.

A man who seeks his Father’s heart in everything, Michael Hosea obeys God’s call to marry Angel and to love her unconditionally. Slowly, day by day, he defies Angel’s every bitter expectation until, despite her resistance her frozen heart begins to thaw. But with her unexpected softening come overwhelming feelings of unworthiness and fear. And so Angel runs. Back to the darkness, away from her husband’s pursuing love, terrified of the truth she can no longer deny: Her final healing must come from the One who loves her even more than Michael Hosea does…the One who will never let her go.

A powerful retelling of the book of Hosea, Redeeming Love is a life-changing story of God’s unconditional, redemptive, all-consuming love.

I'm still waiting for information from "The Nice One".  As soon as I get your info I'll get it shipped to you.
Have a great day all!

Loving the reviews! I'll have to reserve them from my library.

You crack me up! No worries...don't let anyone steal your joy! I am having just the best time!

Great reviews. Without those these are books I probably would not have looked at.

Have a stack going through now but am adding them to the list at goodreads! Dont look for me there though! lol

Rhonda: Congrats to you, too! You're a winner, along with your two nominees!! Please drop by my site to pick up your Award!